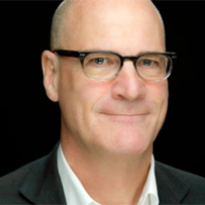 Trained as a cultural anthropologist (PhD, University of Chicago), Grant McCracken has studied contemporary culture for more than 35 years. Grant has written 14 books including most recently The New Honor Code and the soon to be released Return of the Artisan. Grant has created several cultural innovations including The Automated Anthropologist covered by The New Yorker. He has appeared on The Oprah Winfrey Show discussing “homeyness”. With Mitch Hurwitz and Wired magazine, Grant helped create what AdAge calls the “snow fall” of native advertising for Netflix. Malcom Gladwell has called Grant’s work “brilliant”. Grant’s 2020 study of COVID19 and The American Family was featured in The Wall Street Journal, The Washington Post, ABC News, Los Angeles magazine and Moms.com.

Grant is the founder of the Artisanal Economies Project focusing on the rise of small batch, handmade America. He founded the Institute of Contemporary Culture at the Royal Ontario Museum and he has taught at the Harvard Business School, University of Cambridge, and MIT. Grant has worked on the anthropological theory needed to study American culture. He is now working on the reinvention of ethnography. And he has developed a tool for tracking spotting, tracking and predicting culture which he calls The Griff (see mapping-the-future.com).